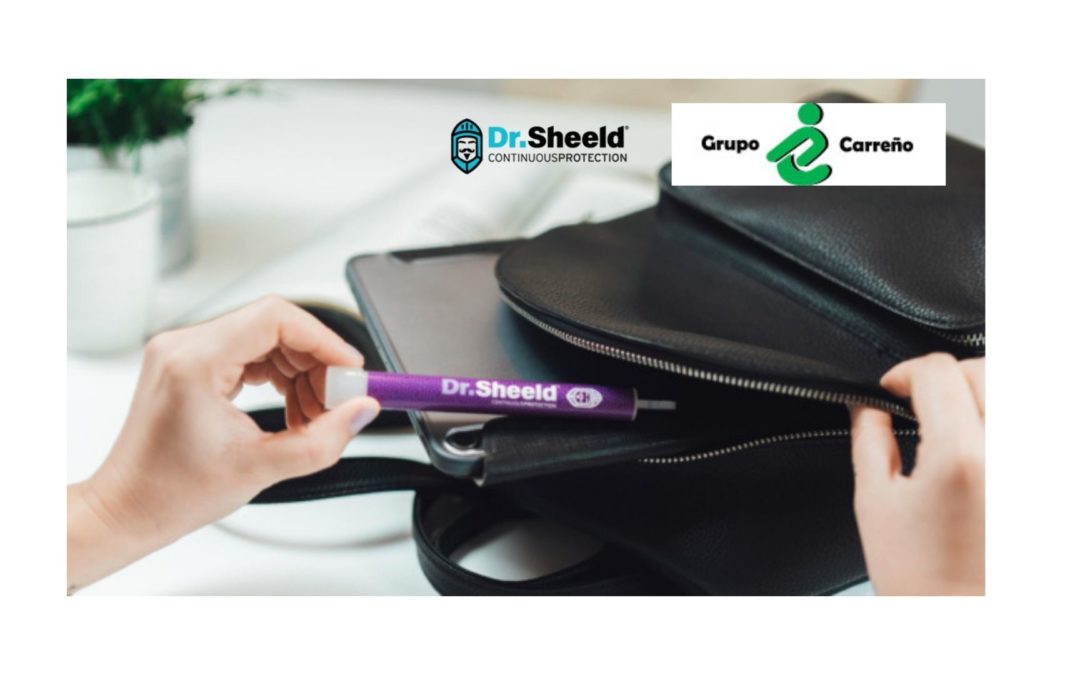 The Carreño Group is the main national distributor of the portable disinfection device for the public administration of Dr. Sheeld products.

Grupo Carreño is a company dedicated to the manufacture of uniforms, equipment and textile engineering for the healthcare sector for more than 40 years.

For more information do not hesitate to contact: 608459719 and info@grupocarreno.es

Dr.Sheeld is a revolutionary portable disinfection device based on chlorine dioxide, a biocide recognized as the most effective against viruses, bacteria and fungi. Thanks to its powerful effect, it also effectively eliminates odor-causing microorganisms in closed spaces.

Dr.Sheeld is completely safe for the whole family. Chlorine dioxide is released through nanofilters, in a controlled manner and with low levels of particle concentration, which is safe for adults, children and pets.

The optimal efficiency of Dr.Sheeld is obtained in enclosed spaces, which he said will protect his personal space while traveling.