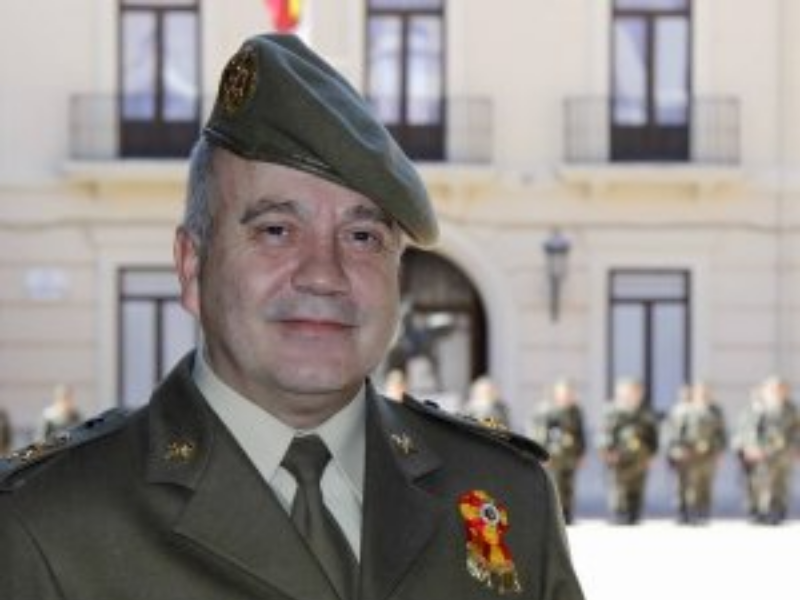 The Brigadier General of the Army, Luis Manuel López González ended his active life as a military man occupying the position of Head of the Office of Foreign Support, of the General Directorate of Armament and Material, a position he held for more than seven years with the Main mission of providing Institutional Support to Spanish companies in the defense sector in their search for markets abroad.

Brigadier General López has been distinguished with two Grand Crosses, one for Military Merit and the other for Naval Merit, with four Crosses with a white distinctive for Military Merit and one for Naval Merit, a silver medal from the Civil Guard and a Cross to the Police merit of the National Police. He has also been awarded the Grand Cross of the Royal and Military Order of San Hermenegildo, for an impeccable military career. Also in 2005 he was awarded the “Silver Medal of National Merit for Officers” of the French Republic.

He has also participated by giving conferences at CESEDEN, as well as at various universities and national and international forums.